I help my clients make smart decisions
contact us today

From the negotiations and paperwork to the final settlement involved, all the details of a corporate transaction can feel a little larger than life. And with large entities and even larger amounts of money involved, you want someone who knows the terrain to help you navigate through the process

If you have been involved with any of these types of corporate transaction before, you know how important it is to have an experienced commercial transaction lawyer by your side throughout the process.

The Atlantic predicted that 2015 would be a record year for business mergers and acquisitions, with deals totaling near $4.7 trillion worldwide. This number beats out the previous record ($4.4 trillion in 2007) and is a 42% increase from 2014.

Along with more money coming in from these deals, The Atlantic noted that 2015 would also be a standout year for what some experts refer to as mega-deals, which are deals that exceed $5 billion. In 2014, there were 137 mega-deals worldwide, which accounted for more than half of the year’s total value of mergers and acquisitions.

Experts attribute these trends to a combination of factors, including, historically low-interest rates, more capital available to borrow, and corporations having a record amount of cash. Robert Salomon, an associate professor of management at the NYU Stern School of Business, also commented that mergers and acquisitions provide an organic solution to companies whose market demand is stagnant.

The Law Offices of Thomas H. Keen, PLLC has assisted a variety of clients with their corporate real estate transactions over the years. Attorney Thomas Keen has overseen and provided assistance for corporate transactions involving formation, compliance, modification, authorization, and financing. We will work closely with you and provide you with the assistance and advice you need. 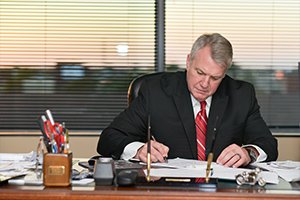 Thomas H. Keen is a lifelong Texan with extensive litigation experience dealing with a variety of civil issues. He has represented local and national banks, insurance companies, and private and public corporations in the state of Texas for more than 30 years. Thomas holds the highest peer ratings from Martindale-Hubbell in areas including quality and ethics. Whether you’re seeking legal representation concerning real estate, business transactions, probate, or wills and trusts, your case will receive Thomas’ personal attention.